Health Care for All Canadians 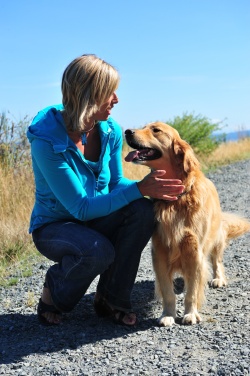 My dog Balto tore his anterior crucia ligament last week.  My healthy seven year old golden retriever and is now limping on three legs.  Fortunately, because he is an animal, he won’t have to wait long for surgery, in fact he could have it immediately.  Us humans are not so lucky, two of my friends are waiting for knee surgery, one has been waiting for over a year, limping along on one leg.  Humans have long waiting lists to have this so called, non emergency.  Walking on one leg and being in pain for a year doesn’t count for an emergency.

It is not hard to see that we have a big problem.  My experiences landing in a hospital in the Canadian north twenty years ago, were shocking.  Four young people were rushed in from overdosing in the evening I spent in this tiny hospital.  There were not enough doctors and nurses, no bed space and overcrowding.  Because the hospital was the only gig in town, the commubitiy was using it for things as varied as ear infections to bear attacks.

Too many people need medical care and there is  not enough money, doctors, or fascilities.  I live in an urban centre, Canadians who live in more remote areas have a much tougher time.  30% of Canadians live in rural areas and yet only 18% of health care workers have chosen to practice in these areas.  And in the Canadian north and other remote communities Candians often have to rely on mobile health units, they have to travel to get care, or they just don’t get healthcare..  And then there are the mentally ill, the poverty stricken, the disenfranchised.  Fortunately there  are innovators and champions who attempt to bring health care to those beyond our mainstream health care system.  I learned more about what happens beyond the reach of our mainstream healthcare system through Frontlinehealth.ca (please set up a link). AstraZeneca has put together a social innovation project that highlights solutions that are emerging in different communities from a mobile health unit if Victoria for street youth, to a clinic in a laundry mat in Manitoba.  The stories are informative and  give us a glimpse of another healthcare approach many of us  didn’t know existed.